Thailand is a wonderful country full of culture gentle people, great food,  and exciting sights to explore.  Thailand is such a unique country that there are many interesting Thailand facts for kids.  In fact, Thailand is one of the most visited countries in the world and with good reason.  We hope you enjoy some of the things we learned during our last visit to Thailand!

As a traveling family, we love Thailand.  Visiting Thailand with kids has been one of our most enjoyable adventures, and along the way we learned some very interesting things.

Have You Ever Heard Of Siam

Up until 1939 (and again for a short two years in the 1940s), Thailand was actually called Siam.  A decree was issued in 1940 changing the name of the country from Siam to Thailand.  Have you ever heard of a movie or play called “The King and I?” It was set in the Kingdom of Siam.

Thailand Was Never A Colony

The French did occupy some provinces in Thailand that bordered Cambodia.  In 1895 France returned these provinces to Thailand in exchange for Thai held provinces in the Western part of Cambodia.

King Rama V built many historic western-style buildings in Bangkok’s old town in an effort to modernize the Thai Kingdom and save Siam from colonization by the British or French.  The actions he took are attributed to part of the reason why Thailand was never a colony. 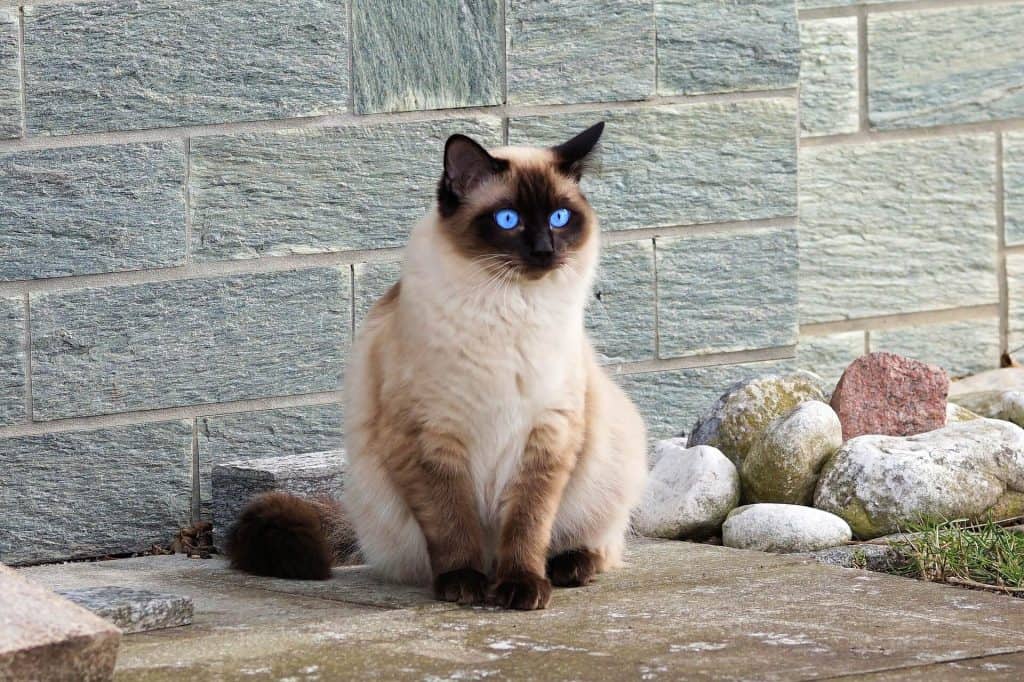 Do You Know Where Siamese Cats Come From?

As you now know, Thailand was once called Siam.  Siam is where Siamese cats originated from.  The Siamese cat is a breed of cat native to Thailand. The Thai people were fascinated with these affectionate and talkative kitties.  Siamese cats were one of the first recognized breeds of Asian cats and have since become very popular in Europe and America.  We think this is one of the most interesting facts about Thailand for kids! 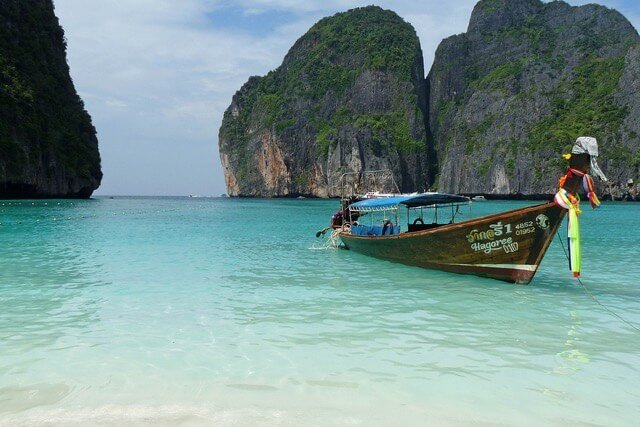 Thailand Is Known For It’s Islands

Thailand, which is bordered by the Andaman Sea in the West and the Gulf Of Thailand to the East, is home to about 1400 islands.  Thailand also shares its borders with the countries of Myanmar, Laos, Cambodia, and Malaysia.  While there are many exciting sights on cities on the mainland, the islands are just as famous.

Many tourists flock to Thailand’s islands each year to visit the stunning beaches, world-class resorts, and epic adventures.  Some of the most famous Thai islands are Ko Samui, Ko Tao, Ko Phi Phi, and Ko Lanta.  We loved our stay on the Thai Island of Phuket last year.

The Unique Shape Of Thailand

Thailand is located in the center of the South Eastern Asian peninsula.  However, one of the fun facts Thailand is that many people consider the shape of Thailand to look like an elephant’s head.  The northern part is said to resemble the elephant’s face and ears with the southern peninsula its’ trunk.  Take a look at Thailand on the map and decide for yourself if this is one of the true interesting Thailand facts!

One-fifth of Thailand is covered by rainforests, which make Thailand home to many different and exotic animals.  The smallest mammal on earth, the Bumblebee Bat, calls Thailand home as well as the largest fish, the Whale Shark.

That’s not all, there are also dolphins, tigers, leopards, sun bears, elephants, snakes, water buffalo, giant centipedes, and thousands of species of birds.  The animals are so varied, it is said that Thailand is home to over 10% of the world’s animal species.  Now that is one interesting fact about Thailand.

Can You Have An Elephant Experience In Thailand

Speaking of elephants, many tourists traveling to Thailand wish to have an elephant experience.  It is true that there are many unethical businesses in Thailand that keep elephants for tourists’ amusement like rides and encounters.  This is one of the more sad facts about Thailand.  It also makes it very difficult for people wanting to have an experience with these amazing gentle giants to truly search out an ethical and responsible elephant sanctuary.

However, while it may be difficult, it is not impossible.  There are a few reputable places where one can have ethical elephant encounters, please that are known for their conservation work.  Elephant Nature Park in Chiang Mai and Phuket Elephant Sanctuary are two organizations to check out.  They both help care for retired working and street elephants while leading elephant conservation efforts and education in Thailand.

Facts About Thailand Culture And People

The Head Is The Most Important Part Of Your Body

This is definitely one of the most interesting Thailand facts, and it is entirely true.  Knowing this, Thai people are extremely respectful and will never touch anyone on their head … even a baby.  Thai also bow their heads slightly in respect to their elders and are mindful of the placement of their feet.  They purposely tuck their feet under their bodies and would never show the soles of their feet to another person.

Thai is Difficult To Speak

The Thai language has 44 consonants and 32 vowels.  Also, the tone of your voice and how your pronounce sounds are super important when speaking Thai.  The same word can have many different meanings depending on how it is pronounced.

While Thai is a unique language, it is not generally thought of as particularly hard to learn so long as one pays attention to tones.  Generally, the Thai language has more relaxed rules on grammar than English.

Well, a Wat is a name for a temple in Thailand.  Thailand is a mainly Buddhist country and there are more than 41,000 temples throughout the country.  Some of the most famous Wat’s are the White Temple in Chiang Rai, Wat Phra Kaew in Bangkok,  and Wat Doi Suthep in Chiang Mai.

One important thing to note about visiting the temples is to be mindful of dressing and behaving appropriately.  Your shoulders and knees must be covered and your shoes removed. 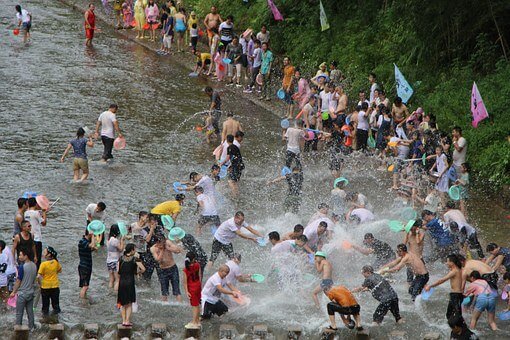 Thailand’s New Year Is In April

While most of the world celebrates New Year Day on January 1st every year, the Thai New Year is actually celebrated from April 12-15th.

Called, Songkran, it is a very festive occasion.  There are the usual solemn rituals at the temples to pay their respects but one of the most-known activities is the water fights.  The water fights take place between everyone – no matter tourist or local, wealthy or poor.  The water fights symbolize the Buddhist water blessing which is said to wash away the sins of the past year and usher in the new with good luck.

What Is The National Sport Of Thailand

Muay Thai, which is essentially a Thai style of boxing is the national sport of Thailand.  Muay Thai fighting is a serious business in Thailand with the best fighters being local celebrities.  Lots of the time you will see groups of men huddled around TVs watching on betting on the latest fights.

The Thai deeply respect their royal family.  So much so that speaking negatively about the Thai Royal Family is actually against the law.  Any disrespectful acts towards the royal family are considered an act of treason.

There are many interesting Thailand facts that have to do with the royal family and how the Thai people pay their respects.  Did you know, in Thailand, mother’s day and father’s day is not to celebrate your actual parents but rather the king and queen?  Also, if a royal vehicle carrying a royal is passing underneath any tram or railway, the entire rail line will come to a halt.  This is because no commoner should pass about the head of any royal at any time.

Thai street food is famous.  In the bigger cities, there are streets lined with food vendors that sell all kinds of different of Thai food and drink.  In fact, Bangkok has been recognized as one of the best places in the world for street food.

There are so many iconic Thai dishes that it would be difficult to list them all and there are many interesting Thailand facts about Thailand food.  Perhaps one of the best food facts is that each region of Thailand has their very own cuisine.  Often, travelers think of Thai food as a whole, but don’t realize that Thai cuisine is totally different in each region of Thailand.  Of course, Pad Thai and Green Curry are pretty well known throughout the world but there are many other iconic Thai dishes as well.

In Thailand, when a family sits down to a meal traditionally each person does not have their own plate or dish.  Rather, the food is served as what is known in western culture as family-style.  This is where all the food is placed in the center of the table and each person helps themselves.

Noodles Are Not Native To Thai Cusine

Shocking right?  With the noodle dish Pad Thai being one of the most famous and well-known dishes around the world, you would think that noodles were a traditional staple of Thai cuisine.  However, noodles were not introduced in Thailand until World War 2 when there was a rice shortage.  Perhaps this is one of the most interesting facts about Thailand for kids.  Who knew?

Much like soy sauce is to Chinese food, fish sauce is an important staple of any Thai recipe.  Called Nam Pla in Thai, is a vital ingredient, in most Thai dishes.  Most Thai dishes include some combination of fish sauce, lime juice, and chilis.  Nam Pla is used as a condiment, and also as a marinade. 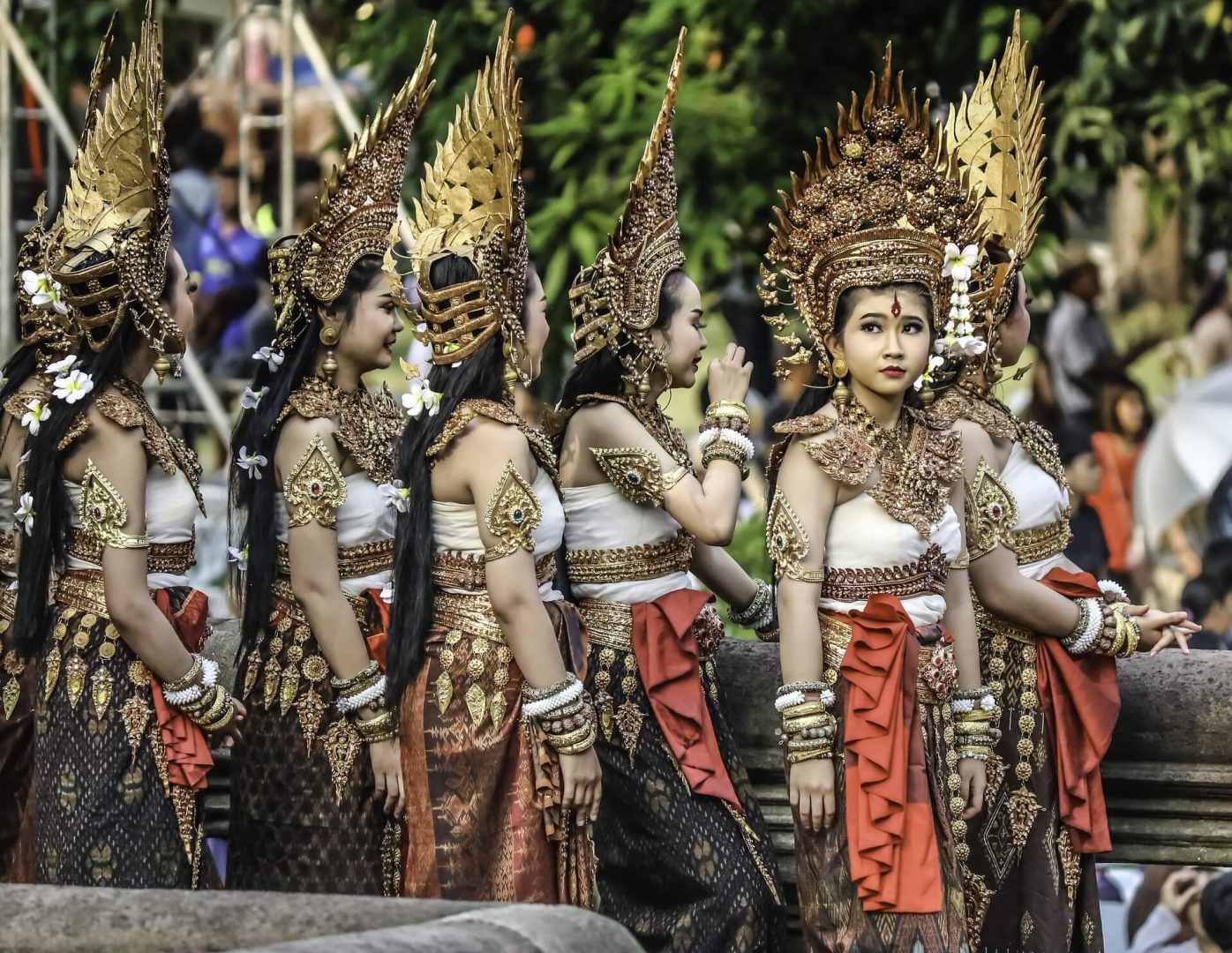 What is now considered classical Thai Music was developed in the royal court in Siam (now Thailand!) and has been dated back as far as 1283 A.D.   Thai classical music is paired with traditional Thai dance dramas or shadow puppet plays viewed by the royal court.

The most common and iconic Thai classical music is called Piphat.  It symbolizes the dancing of the legendary Thailand dragons and is played by an mid-sized orchestra.  The orchestra includes boss, xylophones, and gongs.

Dancing is an important part of Thai culture.  Each region has it’s own form of dance which dates back thousands of years.  Dance is used in religious ceremonies as well as royal ceremonial displays.  However, dancing is not just for royals.  Many rice farmers dance to celebrate rice harvests or as a form of entertainment and a break from their hard work. 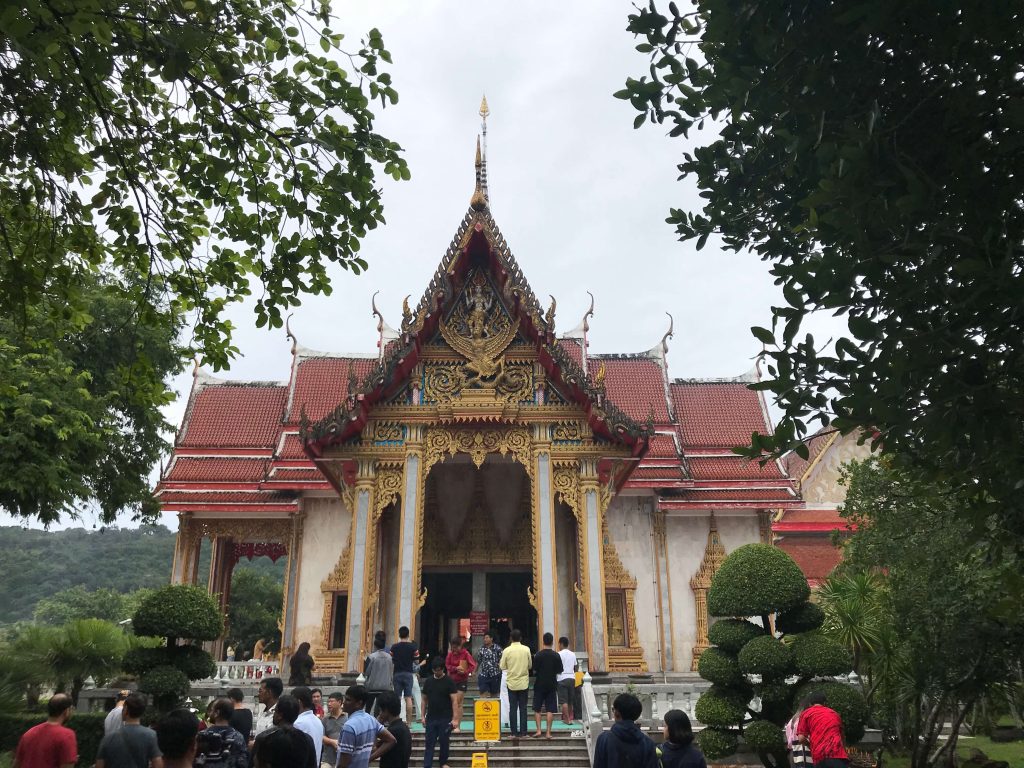 As you can see, Thailand is a very interesting country with a long history and many traditions and customs.  Not only is Thailand a beautiful place to visit, with many off the beaten path Thailand adventures but it is also a country with strong religious and cultural ties.

Have we missed any interesting Thailand facts for kids?  If you know of any cool facts about Thailand for kids that you think we should include, please leave us a message below!

Bali.  The most famous island in Indonesia.  Its spectacular mountain scenery, tropical beaches, and the friendly Balinese people make it one of the most popular tourist destinations in the world. With thousands of...

Enjoy our fun facts about Nicaragua with kids!   As the World Of Travels family is half Nicaraguan, it follows that we have had various extended stays in the country, and been able to discover these interesting facts...

The Difference Between A Llama And Alpaca For Kids